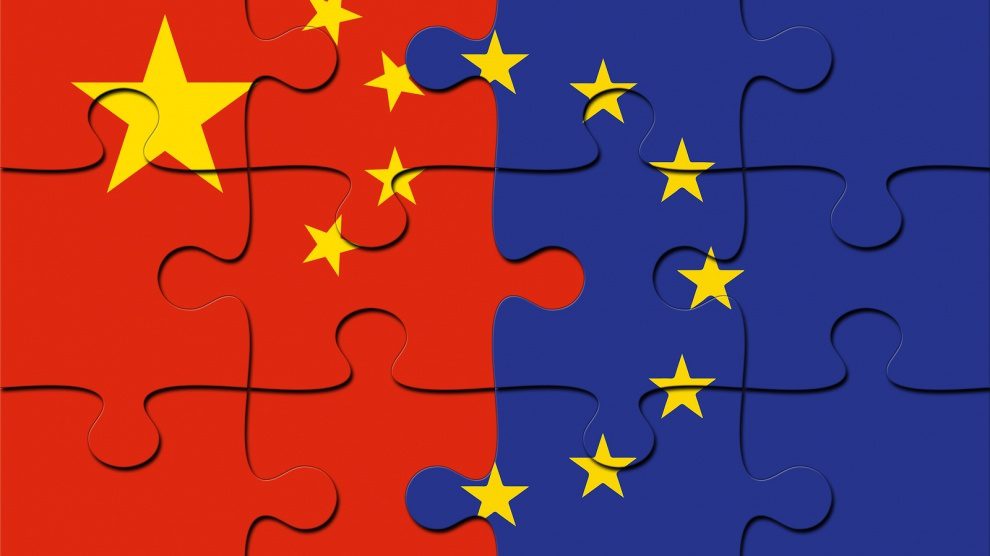 European Café – The Dragon in Europe – What should be the EU policy on China?

Kezdőlap » nők » European Café – The Dragon in Europe – What should be the EU policy on China?

On the 21st of May, the Centre for Euro-Atlantic Integration and Democracy (CEID) in partnership with the Equilibrium Institute organised a discussion in the framework of CEID’s European Café series, supported by the Erste Foundation. The event focused on Chinese presence and growing influence in the European Union.

The region was once united on their policies and met regularly with Chinese decision-makers under the 17+1 format while competing against each other to attract Chinese investments at the same time. Due to the geopolitical developments, EU member states of Central Europe become more and more divided. While many of them distanced themselves from Chinese investments and cooperated closely with the US to decrease Chinese influence in the region, others like Hungary intensified their cooperation with Beijing

How should be Chinese investments in Central Europe be handled? What should be our key priorities towards China? How should we react to the human rights situation in China and how will the China question formulate the foreign policy decision-making of the European Union? We were searching fo the answers to these questions during the discussion.

Our guests Ms Katalin Cseh, (Member of the European Parliament, Renew Europe) and Mr Jan Lipavský, (Deputy Chair of the Parliamentary Committee on Defence and Committee on Foreign Affairs, Pirate Party) discussed growing Chinese influence in Europe and shared their views on what the EU policy on China should look like.

To begin the discussion Ms Edit Inotai ( Senior Fellow, CEID) the moderator of the event introduced the topic by reflecting on recent events which point to the timeliness of this debate. At the beginning of May, the EU decided to suspend the ratification of the EU-China comprehensive agreement on investment, after tit-for-tat sanctions have begun between Bejing and Brussels.

China is the second-largest economy in the world and is an important trading partner – explained Ms Cseh – but is also a threatening rival as the Asian state has the fastest growing army and is responsible for a quarter of the world’s greenhouse emissions. To define the EU-China relationship – stated Ms Cheh –  China is an economic partner, a political rival and an increasing security threat, all in one. She thinks that China’s foreign aspiration is to divide already unstable political actors to make space for themselves on the world stage. China does this most notably within the EU via exploiting already existing dividing lines between Western and Eastern European states. Bejing is continuously buying influence in European countries where governments allow them to do so, most remarkably in Hungary. In exchange, Chinese business investments are flourishing in Hungary: the Budapest – Belgarde railway for example –  which is the first major Chinese railway project in Hungary – is going to be covered entirely by Chinese loans.  The most recent example is the moving of a Chinese state-owned university, Fudan, to Budapest. However – Ms Cseh explained – the human rights violations in China should not be forgotten when making deals with Bejing. Ms Cseh  – being a member of the EU Human Rights Committee  – is banned from entering China because of how outspoken they are regarding human rights violations. Ms Cseh calls this a “badge of honour” on one hand, while a sign of reality on the other. Her suggestion for the upcoming years is that the EU should approach China with a sense of reality. She mentioned four pillars on the EU level that must be taken into account if the European Union wants to find a new strategy concerning China. Firstly there should be a real strategic EU partnership to fight climate change and ensure global security, secondly, a  rule-based trade relationship that rests on reciprocity should be introduced, thirdly a united European front has to be founded to address human rights violations in Xinjiang, Hong Kong and Tibet, and lastly, a reformed EU should be on the agenda, which enables the European Union to play an assertive geopolitical role on the world stage.

Mr Jan Lipavský agreed with Ms Cseh and explained that China is a very complex partner and has ideological, and economic goals as well in regards to the European Union. The ideological goal is to redo the international scheme of relationships in the world,  and their economic goal is to expand within the EU, which is the biggest economic bloc in the world. For this reason, the EU has to protect its citizens and prepare to fight against Chinese expansion as European states have to guard and respect EU law,  and should expect China to do so as well.  As we have seen lately, unanimity is far from reality within the EU, and for this particular reason, Mr Lipavský suggested that to successfully face challenges posed by China, the Transatlantic Alliance has to be revived to multilaterally balance growing Chinese influence.

About the latest happenings regarding the EU-China comprehensive agreement, Ms Cheh thinks that a huge drawback the framework has is its lack of coherence. She thinks the framework mirrors asymmetrical power relations where the EU is treated as a second class partner. Moreover, the agreement is filled with empty promises from the Chinese part most significantly regarding the ratification of ILO labour standards. There is no guarantee given about Chinese compliance, and as the EU remains outspoken about human rights violations, the framework is inviable. The EU needs to demand action – Ms Cseh argued – and coerce Bejing into the terms the EU has set. In Cseh’s view, the EU should not let Bejing sit on a “high horse” when negotiating with the European Union.

Mr Lipavský agreed with Ms Cseh on the importance of ILO terms and added that the EU should not import anything from China that comes from “modern slavery” in Xinjiang or Tibet. Regarding the Czech stance on the Chinese issue, there is an intense political debate in the Czech Republic, – just as in any other European state – the question divides politics. The foreign policy orientation of the Czech Republic is rather polarized as economic and geopolitical interests clash in the country. Mr Lipavský unambiguously said that in his view the geopolitical orientation of a country shouldn’t be something that is connected to economic interests. Mr Lipavský criticises and disagrees with oligarchs who put business interests above geopolitical interests, which is a trend that can be observed all over Europe. On the other hand, Chinese influence is diminishing in the country – Mr Lipavský added – and because of the huge trade deficit the Czech Republic has with China, China is the country that needs the Czech Republic more than vice versa. Moreover, in recent years the flow of Taiwanese investment has intensified and became much more significant than Chinese investment.

About a uniform European position on China both Ms Cseh and Mr Lipowsky see that over the recent months there has been a change of direction in EU foreign policy on China because of the growing visibility of misuse of power and human rights violations. Many states are losing trust and starting to realize that China is not as friendly and trustworthy as it promised to be. A great indicator of this is Romania’s decision to approve national legislation which excludes and bans Huawei and other Chinese companies from future 5G networks. On the other hand, there are still countries like Hungary, which try to obstruct a uniform EU approach and support Chinese economic expansion. As long as this division exists it will be very difficult for the EU to put serious pressure on China. If the EU can’t be assertive enough with a united voice when it comes to negotiating deals with China the European Union will be in “paralysis” for a long time.